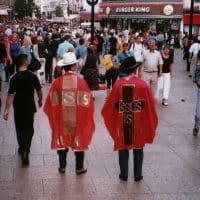 Our Beliefs, Our Vision & Our History 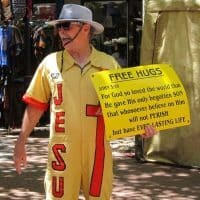 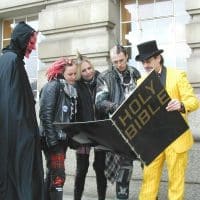 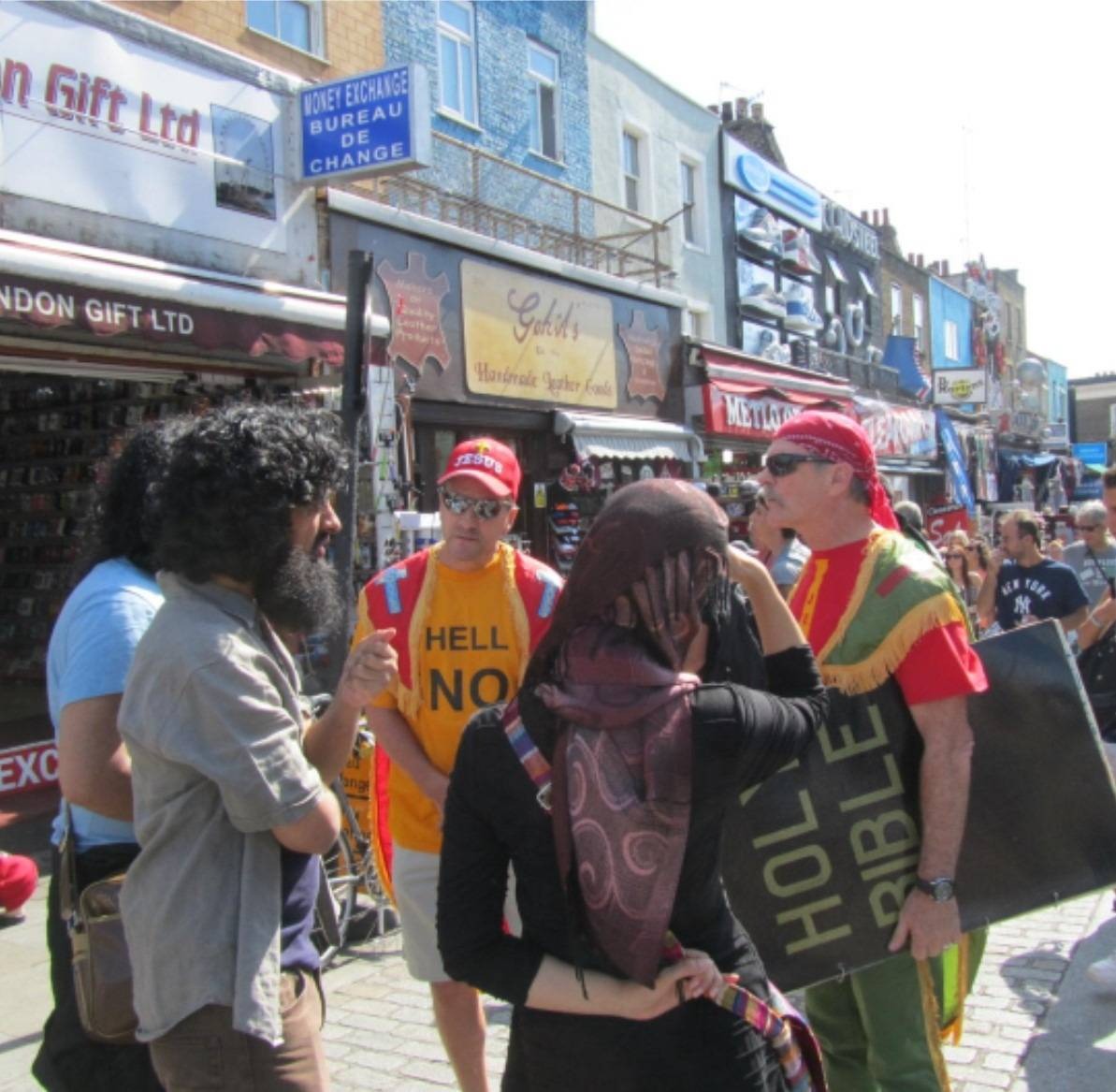 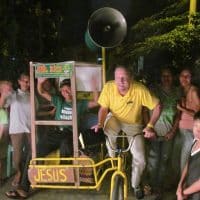 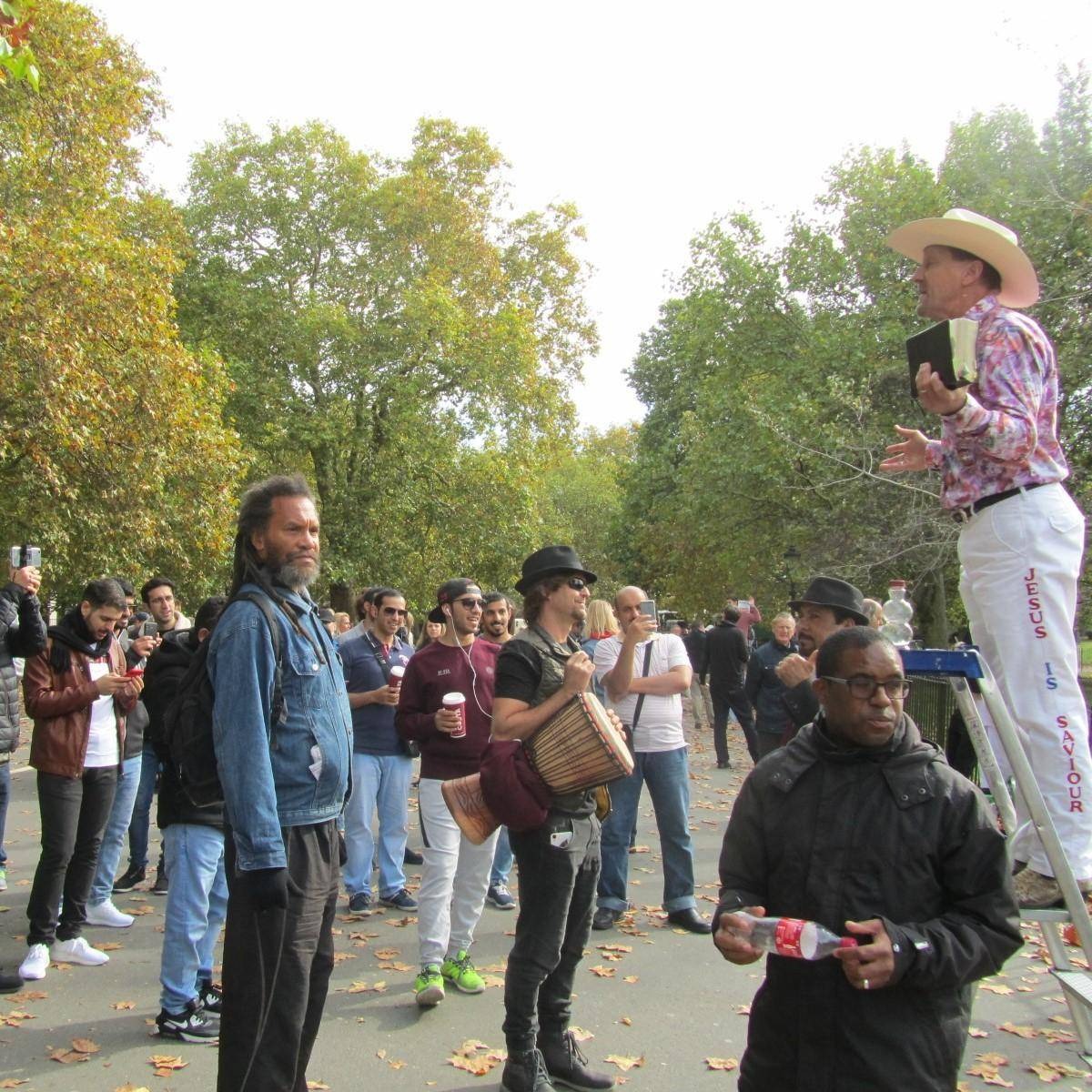 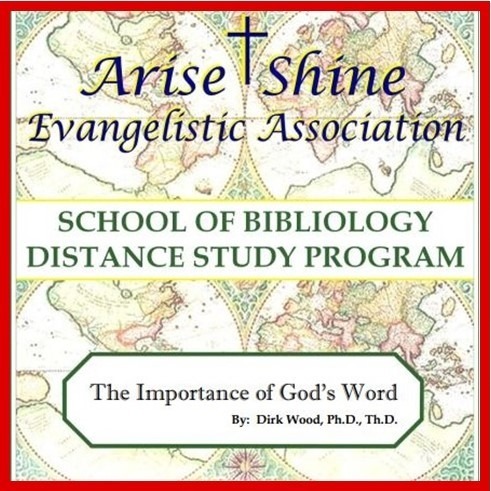 How to support our ministry 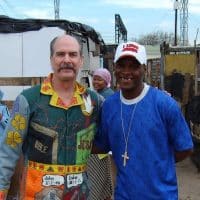 ASEA has been working since 1987 to proclaim
the Good News of Jesus Christ around the world. 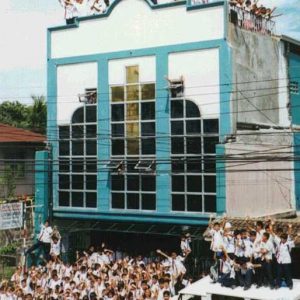 ASEA began in the Philippines in 1987.

It was formed after Dirk Wood and his family had spent almost one year working in that country as missionaries. In the Philippines, they found a nation torn by war and strife and flooded with poverty and sickness. The ministry has come a long way since it’s beginning and is now fulfilling the ASEA vision through: 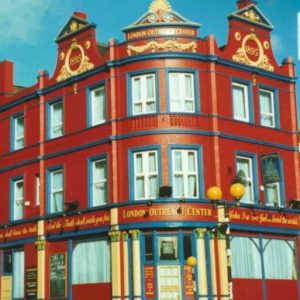 Our ongoing ministries in London include:

In 1992, missionaries Dirk Wood and Steve Same were very involved in the works of Arise & Shine Evangelistic Association Philippines. Bible schools, church planting, evangelism, crusades and a Christian grade school were on-going. But it was in the midst of this activity that God spoke to Dirk. He said, “You will go to London and preach the Gospel to the nations gathered there.” To Dirk, it was like the call to Macedonia that Paul received. He didn’t know at the time that the book OPERATION WORLD had listed a prayer request for England saying, “Pray for more effective outreach…pray that…leaders with vision may lead the churches into action, wrest victory from the jaws of defeat and make an impact on the nation.” Steve Same soon felt the same call to go and the Wood and Same families left the ministry in the Philippines and moved to London, England in June of 1993. 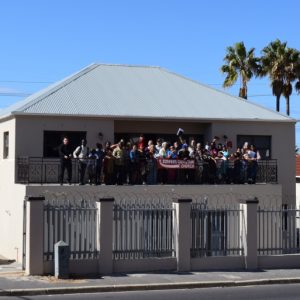 To the Uttermost Parts of the Earth

While preaching to the multitudes of London one evening at Leicester Square, Dirk was approached by someone from the city of Cape Town, South Africa, with the words, “You need to come to South Africa, we need preachers like you.” The London ministry was booming, but soon an outreach trip was scheduled for the ASEA team in 1998. Four years later, Dirk and his family relocated to spread the vision to South Africa. They found a nation torn apart by hatred, poverty and violent crime. Dirk was drawn to the areas where gangs rule. The vision for South Africa includes training those whose futures point to gangs to be preachers of the Good News instead. Based in an area known as Muizenberg, ASEA was able to complete a building project in 2018 to house a church and a training center. 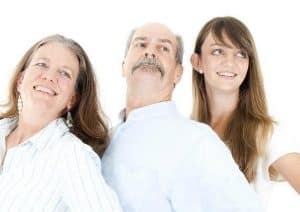 Dirk grew up in an unstable home, subjected to alcoholism and violence. Bitter, angry and without hope, he joined the U.S. Army when he was 19, and married 17-year-old Elizabeth. His time in the Service, and their first year of marriage, was turbulent. In December 1974, while stationed in Germany, Dirk and Elizabeth were supernaturally introduced to the Lord Jesus Christ. Their lives were dramatically and immediately changed, and Dirk experienced a direct call to preach God’s Word.

After his discharge, Dirk and Elizabeth returned to their hometown of Pensacola, Florida, USA. They both became very involved in the various activities of Liberty Church, and Dirk received his Master of Theology from Liberty Bible College. To fulfill God’s call, Dirk did extensive evangelistic work in the city. He later received his Doctorate of Theology and Ph.D. of Theology degrees from International Seminary.

In 1985, God called the Woods to the mission field; they landed in the Philippines in April 1986. Working with Filipino nationals, Dirk founded Arise & Shine Evangelistic Association. ASEA has grown to include evangelism training and outreaches; Schools of Bibliology; a Christian school for grades K through 10; a sponsorship program for underprivileged students; feeding programs; medical care for the poor; children’s Bible clubs; a fellowship of ministers; a seminary; and an accreditation center for Bible schools. Several missionaries work with the ASEA team, including their daughter, Michelle, and her husband, Craig Logan.

In 1993, God called the Woods to carry the ASEA vision to London, England. In 1995, Abigail Brittany Wood was born there. In 1996, ASEA purchased a former pub building in central London, renovated it, and turned it into “The London Outreach Center.” The Center has various functions: housing for ASEA staff; headquarters for a distance study program; an outreach center for evangelistic ministry, youth ministry and community service; facilities for group training programs, etc.

In 2002, the Wood Family began a new outreach to Cape Town, South Africa with the same ASEA vision to proclaim the Good News of Jesus Christ, train nationals to evangelize and teach the great importance of God’s Word in the life of every believer. Dirk, Elizabeth and Abigail greatly appreciate your prayers! 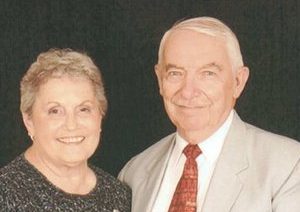 Bob married his high school sweetheart, Cozette, in 1951. For the next twenty years, Bob served in the US Navy as an aviator and meteorologist. Cozette rededicated her life to Jesus in 1963 and Bob accepted Christ in 1964. Since that time, they have unreservedly served the Lord as a team. Bob and Cozette have five grown children and reside in Arcadia, Florida.

During their Naval career, Bob and Cozette spent three years in Japan, during which time they received the call of God into full-time ministry and missionary service. During those three years (1965-68), they were missionaries at “government expense”, working with other missionaries, service personnel, and starting a servicemen’s church and home (which is still active today).

Following retirement from the Navy in 1971, the Thomas family moved to Japan as missionaries and served there until 1974. The next six years were invested in Christian education in Maryland and in Florida. Bob was the principal of two different ACE schools and helped to start several others. From 1980-91, Bob was the Academic Dean and Vice-president of Liberty Bible College in Pensacola, FL. Bob and Cozette then returned to Japan for another year of missionary service. Their work in Japan was completed with the establishment of a new church work in Fuji City.

Since returning from Japan in 1992, the Thomases have served with ASEA as USA Director and Assistant International Director. Bob and Cozette provide the ministry with valuable experience, wisdom, encouragement and counsel. Bob also maintains the necessary liaison with the various governmental agencies for ASEA. 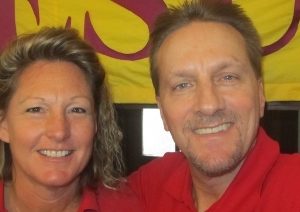 Steve and Tina Same have worked with Arise and Shine Evangelistic Association since 1988. They spent four years in the Philippines, working among refugees and the homeless. In 1992 they joined a newly formed ASEA ministry in London, England. They now serve in urban street ministry, operating out of ASEA’s “London Outreach Center,” a fully renovated former English “pub,” where they evan gelize among the city’s 9 million people.

Hi! We are Steve and Tina Same, and we’ve been serving in missions for ten years. We met in high school in Florida, came to know Jesus as our Lord and Savior and then got married the year after graduation. We immediately got involved in local outreach ministry but soon felt a call to go to the uttermost parts of the earth with the message of salvation.

We spent five more years in Bible school and local outreach ministry, during which time the Lord blessed us with our first two children Steven and Isaiah.

Eventually it was time to GO! and God opened a door for us to serve with Arise and Shine Evangelistic Association in the Philippine Islands. We left the States in June, 1988, with suitcases in hand and passports stamped.

The Philippines was a new world in every way. What a joy to see the birth of the vision God gave us. We worked with ASEA for five years, sharing the gospel on the streets, teaching in ASEA’s Schools of Bibliology, their A.C.E. Christian School, radio programs, and regular outreaches. Joshua, our youngest son, was born during this time.

In 1992 we were asked to join ASEA in a six month outreach to London. By the end of the six months the Lord had made it clear that we were to stay. For the next three years we saw unique and blessed fruit from intensive ministry on the streets.

We now help ASEA operate the London Outreach Center (an old, renovated English pub), a base of operations and outreach to London’s 9 million people.

As the world grows more ungodly by the day, the hearts of the people are becoming more callused. Satellite and Digital TV provide thousands of channels to quickly “surf” through. The Internet and social media have drastically changed the way people think and live, programming them to seek entertainment and excitement.

God’s Word never changes, and the message is ever fresh. During the early days of ministry in the Philippines, Dirk began compiling a series of lectures to train the Filipino men and women. Noticing a lack of basic Bible reading he began the series with a lecture entitled, “The Importance of God’s Word.” This lecture and another one on a survey of the Bible were based on the teachings done by Rev. Philip Green.

“Those things, which ye have both learned, and received, and heard, and seen in me, do: and the God of peace shall be with you.” Philippians 4:9

Addressing this need for Christians to get back to the Bible for their foundation resulted in the Arise & Shine Evangelistic Association School of Bibliology Program. The lectures for this program are available for you to study. Just let us know if you are interested.

The London Missionary Training Institute (LMTI) offers a radical breakthrough in missionary and ministerial training. LMTI is a private school that operates as an extension of the Arise & Shine School of Bibliology. Each term allows a maximum enrollment of four students. This enables the staff to give each student that one-to-one attention that is necessary for the utmost in training. The LMTI is not for everyone. It is an intense program designed to produce radical ministers with the ability to plant churches and establish Bible schools wherever they go.

Since 1987, Arise & Shine Evangelistic Association has been assisting the children of the Philippines to obtain a quality education. Thousands of children have been blessed through this program with many being sponsored all the way through a college degree. ASEA is now assisting children in South Africa also, providing help with educational fees and needed supplies.

Contributions will be transferred 100% to the student, helping them to achieve their goals in life. The recommendation donation is $40 per month, but any amount will be a blessing. We always have children waiting for this opportunity. You can be a part of this ministry, joining with us in our efforts to evangelize, educate and spiritually develop the children of the world. If you would like to be God’s outstretched hand to a student in need, please email 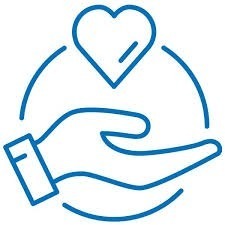 Designate and Give through PayPal 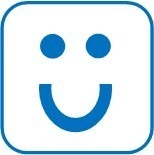 Designate and Give through Funraise

Give through Bank Transfer or Check 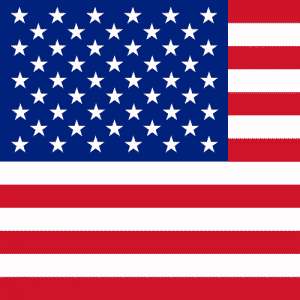 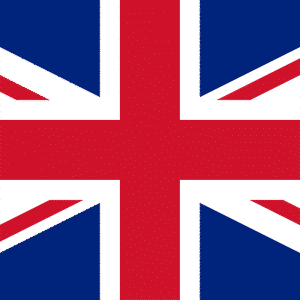 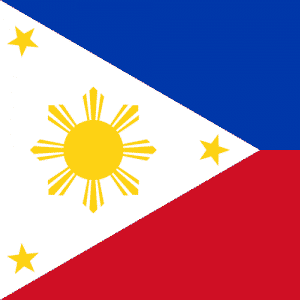 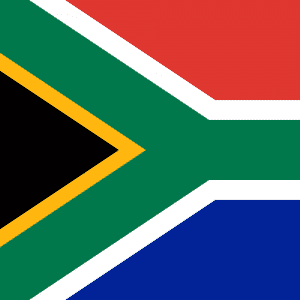 If you intend to visit one of our missions centers, alone or accompanying a group, please fill out this form.